Stocks edged to a weekly gain, amidst a preholiday lull, and….. A job’s report that hindered optimism. A surprisingly weak U.S. jobs report for August provided for a mixed closing Friday of the indices. As the S&P 500 drifted lower Friday, digesting the unexpected negative jobs situation, the Nasdaq managed to be contrary. Techs led. Small caps pulled back. All the while the Nasdaq Composite stretched to ‘fresh’ all-time highs, with a 0.2% lift to 15363, a record close. The S&P inched lower but rallied slightly Friday for a 0.6% gain to 4355. The Dow Jones Industrial Average lost 74 points on Friday, finishing at 35369. The Russell 2000, the index of smaller cap stocks, suffered a bit, down 11 points, or 0.5% at Friday’s close. Despite the influence of the Delta Variant, indicators are that the virus has hit, or is at least near peak levels in many parts of the country. Predictions of a downward trend are coming forth. It seems the markets are willing to look past August’s jobs figures, especially since it means the Federal Reserve is less likely to taper its bond-buying program in the near future

Yields Rise on Jobs Report…..U.S. government bond yields rose on Friday after the Labor Department data showed U.S. employers pulled back on hiring in August-showing fear of the Delta Variant during a surge in Covid-19 cases. The yield on the benchmark 10-year Treasury note finished Friday’s session at 1.322%, according to TradeWeb, up from 1.293% at Thursday’s close. The 30-year bond yield rose to 1.942% from 1.906% Thursday. Long-term Treasury yields which fall when bond prices rise remained steady overnight, then immediately jumped on Friday when data showed U.S. employers added 235,000 jobs during August, well below the 720,000 expected by economists surveyed by The Wall Street Journal. Friday’s job report is a true sign that the Delta Variant could ‘dent’ the pace of the U.S. economic recovery, analysts and investors say. The lower-than-expected jobs numbers may delay plans from the Fed to cut back on its easy-money policies, analysts say, which include keeping short-term interest rates near zero and ‘buying billions of dollars of bonds.’

Atlantic Storm Ida…..which hit the U.S. Gulf Coast as a category four hurricane on August 29, has led to the shutdown of some key Gulf Coast refinery operators, and it’s still not clear when those may fully resume. Labor Day weekend traditionally signals the conclusion of the U.S. summer (not really, September is ‘pretty nice’ also) driving season, however, it might not mark the end of the peak period for gasoline prices, which presently stand near their highest since 2014. “Gasoline demand has been strong over this summer, at around 3.5% below 2019 levels,” says Ken Robinson, market research manager at workforce management and reimbursement platform Motus. “Travel volume data suggests that people remain more comfortable driving than flying.” Gasoline may still have room to rise as Robinson expects Ida, which affected off-shore wells, ports, refineries, and pipelines, to “drive gas prices to their 2021 peak.” He estimates a five-to-nine-cent increase in prices, due to the storm that would likely ease off by early October “at the latest,” with gas hovering in the low $3.00 range into Fall, he says.

The World Was Upended by 9/11–But The Rules of Wall Street Held Steady…..(headlined in Barron’s, 9-6-2001). The world Trade Center Towers collapsed on Tuesday. Six days later, attention shifted a few blocks to the south of Ground Zero, to the New York Stock Exchange, where an aftershock was expected. “All eyes will be on the market Monday morning,” Andrew Bary wrote in ‘The Trader Column’ of the September 17, 2001, issue of Barron’s, its first after the terrorist attacks of 9/11. Barron’s cautioned that U.S. trading was ‘likely to be volatile.” Indeed the Dow Jones Industrial Average dropped 684 points on September 17th, and ended the week down 14.3%, the S&P 500 fell 11.6%, while the Nasdaq lost 16.1%. According to Jonathan R Laing, “share prices have generally proved resilient following cataclysmic events like the outbreak of war, assassinations, and terrorism. Virtually the entire loss in reaction to such events was typically made up just three months later and materially outstripped six months after,” he wrote–and such was the case for 9/11, too. Two decades on, the economic and physical damage of 9/11 has mostly been repaired and rebuilt. 2,977 people were killed during the 9/11 attacks. A tragedy never to be forgotten.

RUMBLINGS ON THE STREET

Diane Swonk, Grant Thornton, chief economist, commenting on a disappointing jobs report. Barron’s “This is a gut-wrenching number and Delta’s imprint is all over it.”

Dave Donabedian, a chief investment officer of CIBC Private Wealth Management, Barron’s This jobs report “shows the ebb and flow of volatile data,” remarking that we saw a similar miss in April only to see hiring rebound in later months. As for where to put your money, there’s little reason to quit what’s been working–even if the path may become rockier. “The S&P 500 will be marginally higher at year-end but overall market volatility will rise,” he says

Bill Dunkelberg, NFIB chief economist, Barron’s “Owners are raising compensation in an attempt to attract workers and these costs are being passed on to consumers through price hikes for goods and services, creating inflation pressures. The current mix of rising prices and slowing growth doesn’t necessarily mean investors need to break out the ‘bell-bottoms.’ But the point is that prices aren’t slowing as the Fed and many economists have predicted, and a drop-off in hiring no matter the reason is a threat to economic and earnings growth, and stock market gains.

Brian Gardner, chief Washington policy strategist at Stifel Nicolaus, Barron’s Midterm elections will occur in 2022, and with images of the botched exit from Afghanistan looming, and Biden’s approval rating dropping, the party knows that “failure is not a realistic option,” says Mr. Gardner. 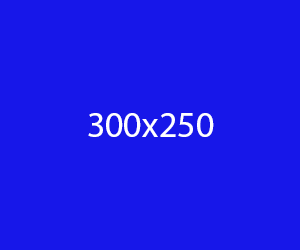